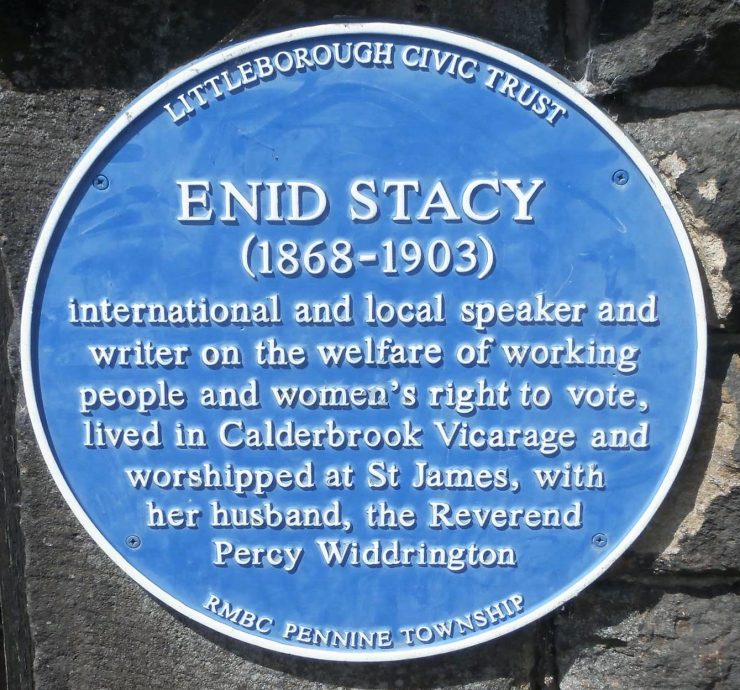 Enid studied at Bristol University and was a teacher at Redlands High School for Girls. She met members of the Independent Labour Party and began to be involved in organising workers.

She is buried at St James Church in Calderbrook.