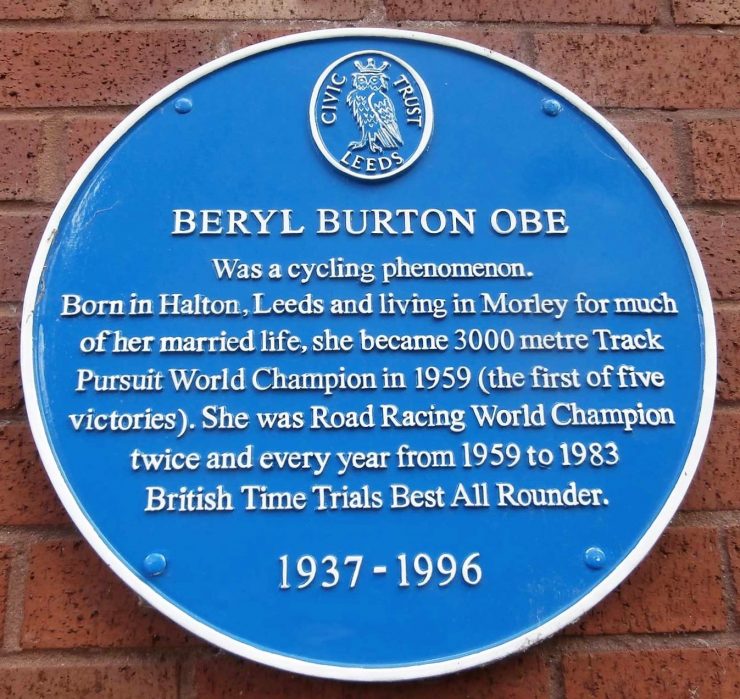 As a child she spent months in hospital and convalescent home recovering from rheumatic fever.

Beryl’s husband Charlie introduced her to cycling and she joined Morley Cycling Club.

For two years Beryl held the 12 hour time trial record of 277.25 miles for women and men!

She was awarded the OBE.

There is a memorial garden in Queen Street, Morley (LS27 9DY).

The Beryl Burton Cycleway runs between Harrogate and Knaresborough.