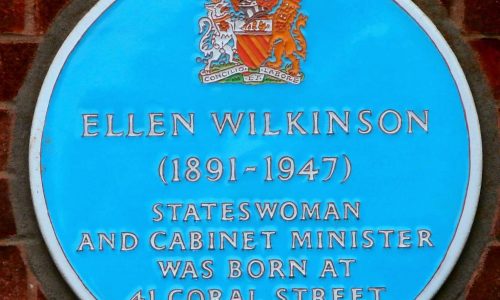 Ellen was born in Ardwick and was a pupil at Ardwick Higher Elementary Grade School on Hyde Road (later renamed in her honour).

She graduated from Manchester University in 1913 and became involved in the suffrage movement.

By 1915 Ellen was the first national women’s organizer for the Amalgamated Union of Co-operative Employees (later USDAW).

After briefly serving as a Manchester councillor, Ellen was Labour MP first for Middlesbrough East and subsequently for Jarrow.

She led the famous march in 1936 to London and became a writer and journalist.

During the Second World War, Ellen served as a  minister. In 1945 she became Minister of Education, succeeding in raising the school leaving age from 14 to 15.

There is a Blue Plaque at Balsam Close ( M13 9UL) recognising Ellen Wilkinson. 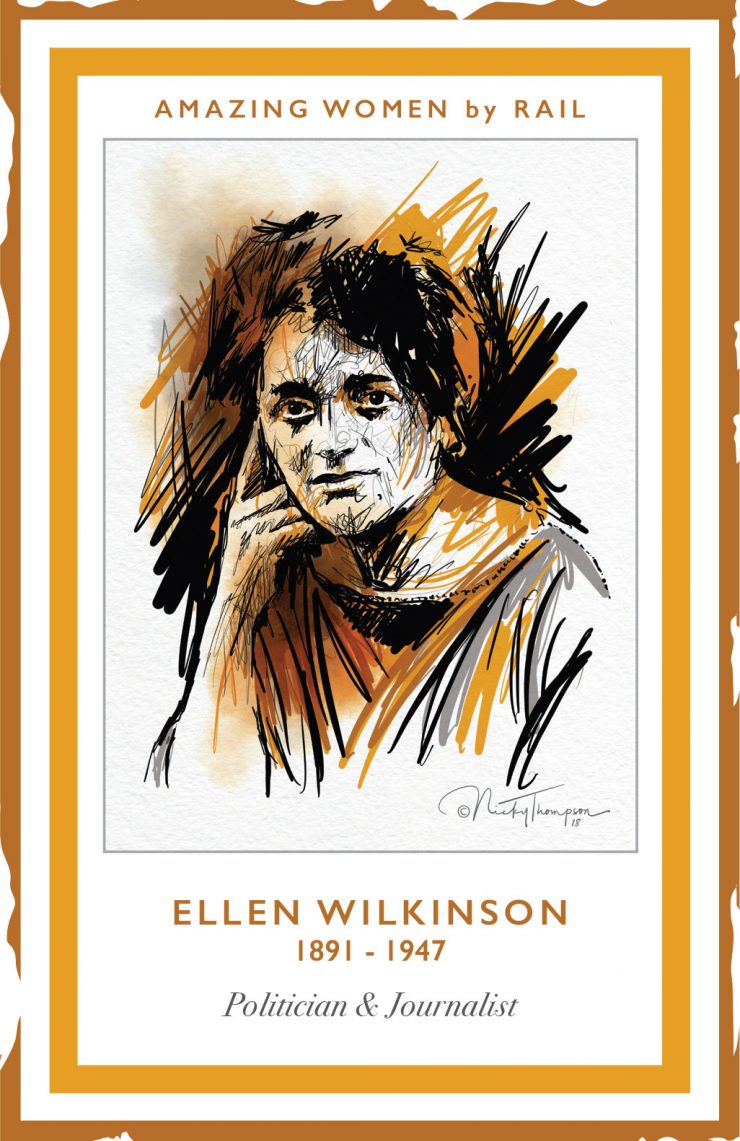