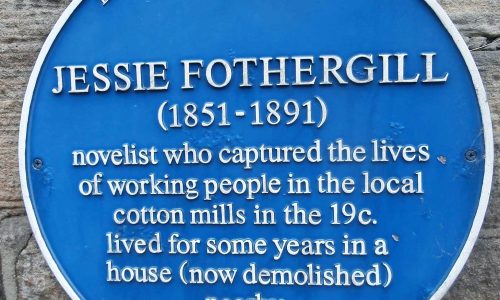 Jessie was born in Manchester before moving to Altrincham.

After her father’s death in 1866, Jessie and her family moved to Sladen Wood House in Littleborough.

Her first novel, Healey, was published in 1875 and was set in the Littleborough area.

It seemed that she suffered from a chronic lung condition for most of her life and spent many winters abroad, seeking a milder climate.

Jessie died suddenly in Switzerland where she was buried.

A blue plaque has been mounted in Summit near to where Jessie lived. (OL15 9EW)