Sylvia was born in Boston USA and studied at Smith College and Cambridge University.

The couple moved to England in 1959 and had two children.

They separated in 1962 and Sylvia took her own life in early 1963, after suffering from depression for many years. Sylvia’s novel,

The Bell Jar, was published posthumously, as was her book of poetry, Ariel. In 1982 she was awarded the Pulitzer Prize for Poetry to honour her Collected Poems.

Sylvia’s grave is in Heptonstall. 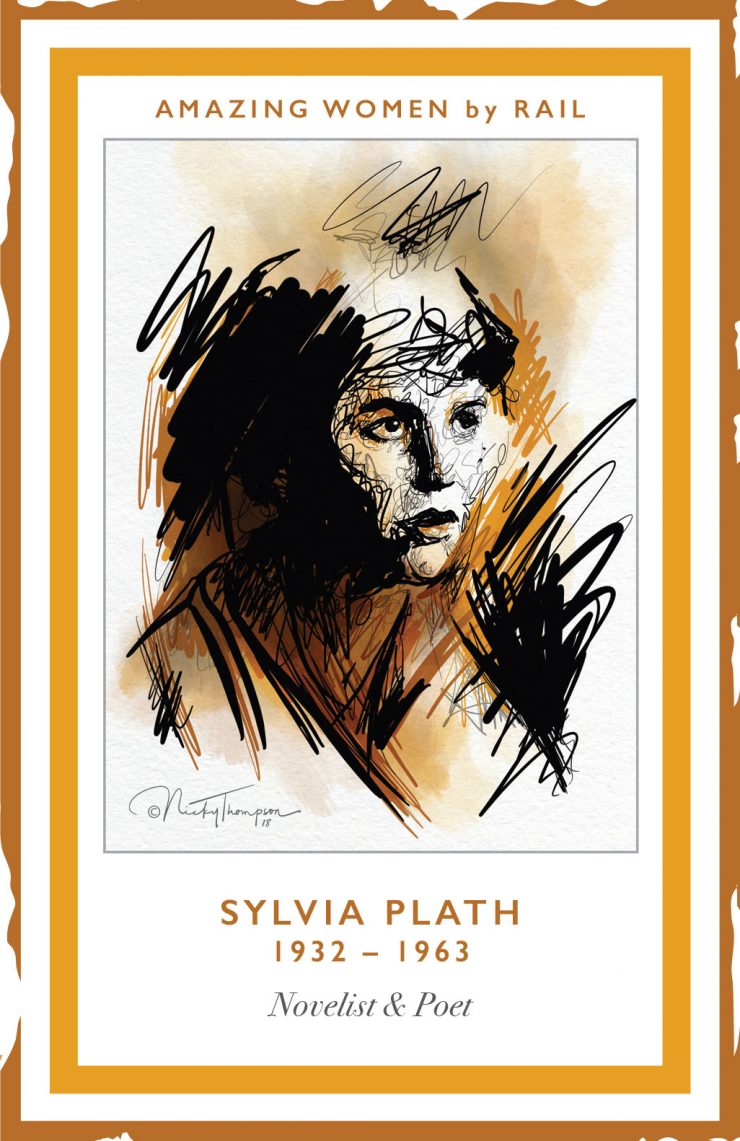