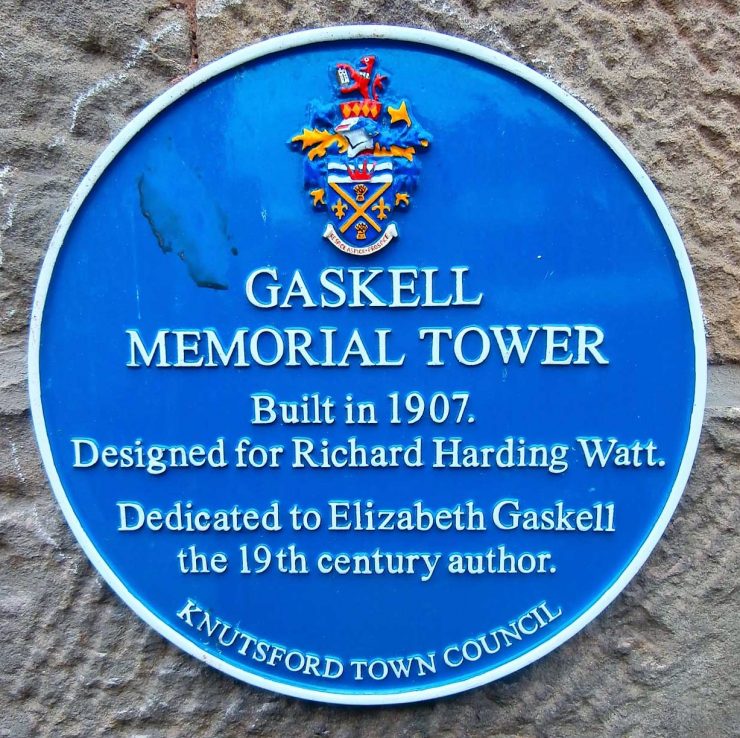 There is a Blue Plaque at Knutsford’s iconic Gaskell Memorial Tower, beside The Royal George Hotel, recognising Elizabeth Gaskell as a 19th century author.

Elizabeth was born in London, but after the death of her mother was sent to live with an aunt in Knutsford.

They had five children but the only boy,

In 1850 the family moved to 84, Plymouth Grove in Longsight,  Manchester where Elizabeth wrote her other novels, as well as short stories and novellas. Elizabeth’s novel Cranford was based on Knutsford and used familiar locations.

Knutsford was the setting of Mrs Gaskell’s “Cranford” novel and the town trails will take you to some of its locations.