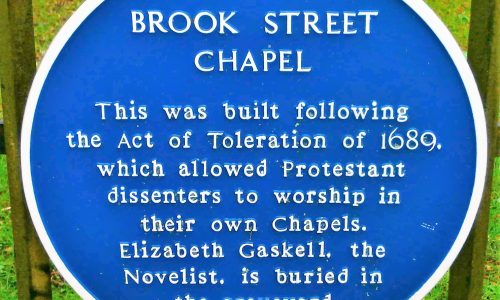 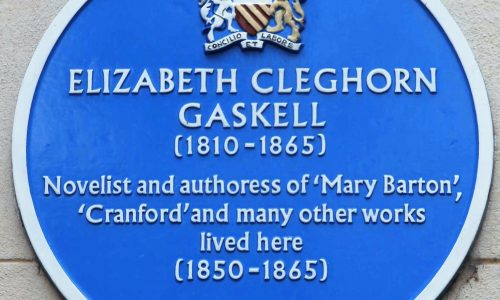 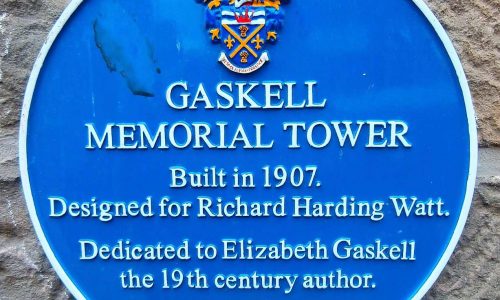 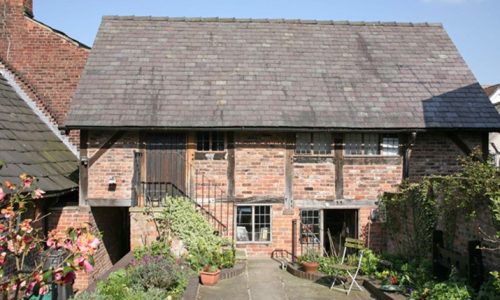 Elizabeth Gaskell was an Amazing Women and you can follow her history from a number of our local railway stations ….

From Knutsford Railway Station on The Mid Cheshire Line

After the death of her mother, Elizabeth was sent to live with an aunt in Knutsford.

Elizabeth’s novel Cranford was based on Knutsford and used familiar locations.

In Knutsford there are a number of Blue Plaques recognising Elizabeth.

There is a blue plaque at the Gaskell Memorial Tower (WA16 6EQ) that reads:

“This property built in the reign of George I is reputed to have been the fictional home of Miss Matty the principal character in Mrs Gaskell’s ‘Cranford’ and was also the home of Miss Elizabeth Harker upon whom Mrs Gaskell based her ‘Cranford’ character Betty Barker”.

Elizabeth died in Holybourne, Hampshire but was buried in Knutsford at Brook Street Chapel. just across from the station.

The blue plaque there reads:

“Brook Street Chapel.  This was built following the Act of Toleration of 1689, which allowed Protestant dissenters to worship in their own Chapels.  Elizabeth Gaskell, the Novelist, is buried in the graveyard.”

From Manchester Piccadilly and Victoria Stations

They had five children but the only boy, William, died in infancy.

Elizabeth wrote her first novel, Mary Barton, soon after this.

In 1850 the family moved to 84, Plymouth Grove in Longsight, Manchester where Elizabeth wrote her other novels, as well as short stories and novellas.

You can now visit the Museum at Plymouth Street (M13 9LW).

Elizabeth Gaskell House is a rare survival of a Victorian villa.

The house and garden have been beautifully restored.

You can wander through the Gaskell’s family house and see personal items owned by Elizabeth.

The museum have a wide range of events .

Outside the museum you will find a blue plaque that reads:

There is also a blue plaque at Chapel Walks, Cross Street (M2 1NL) that reads:

Elizabeth is also recognised as a reader at the Portico Library on Charlotte Street where the blue plaque reads: 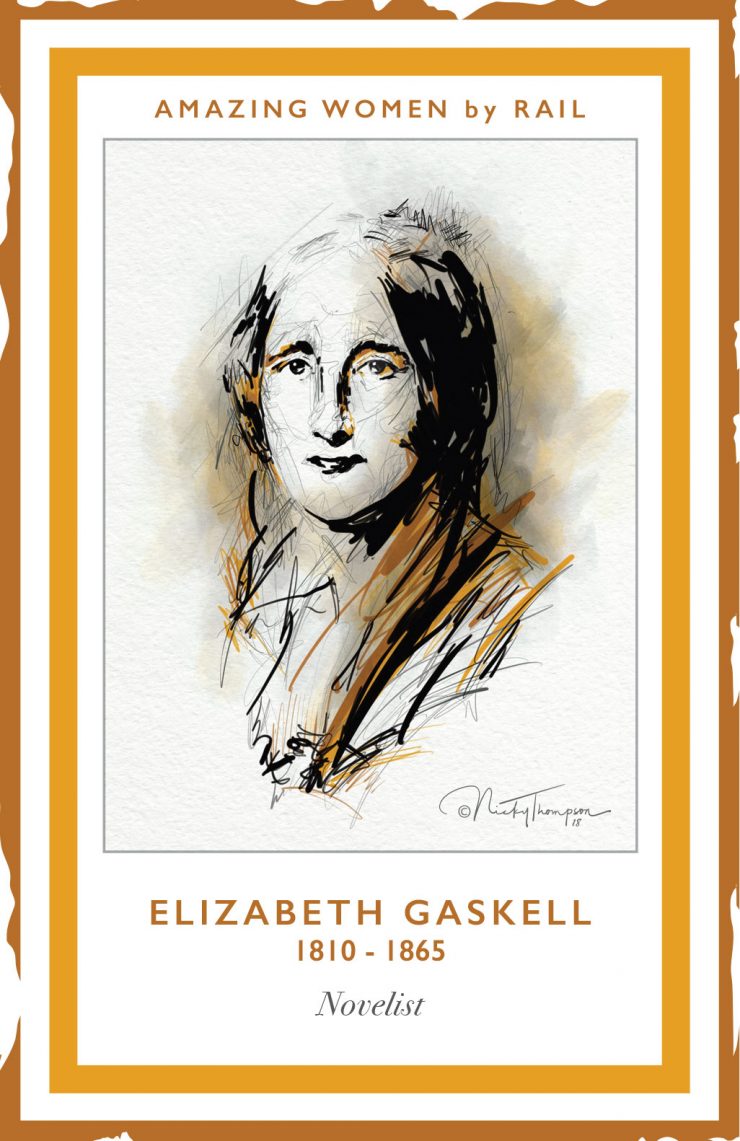